COVID-19 has also taken away Msgnr. Pedro Zilli, a 66-year-old Brazilian missionary who John Paul II had called to become the first bishop of Bafatà, the second diocese created in Guinea Bissau, in 2001. He was the Bishop of the suburbs, in a land of first Christian proclamation. A year ago, together with the Bishop of Bissau, he wrote to Italy, hit by Coronavirus, “Today it’s up to us to support you, it will be tough but you will make it.”

Just on the eve of entering the Easter Triduum, COVID-19 took away another PIME Missionary; it also hit the local Church of Guinea Bissau very hard. The Coronavirus also kills in Africa, though in a much more hidden way. Msgr. Zilli had been hospitalized for some time, in a condition that did not seem so alarming. Suddenly, it got worse and the whole situation worsened very quickly, causing him to be unable to be transferred to a better-equipped hospital in Dakar.

Monsignor Zilli was born on October 7, 1954; in Santa Cruz do Rio Pardo, in the Brazilian state of Paranà. He grew up in the parish of Ibiporà, where PIME Missionaries were already present and his missionary vocation was born in contact with them. Ordained a priest on the eve of the Epiphany in 1985, he left immediately for Guinea Bissau, anticipating that internationalization of the institute. Vocations to proclaim the mission ad gentes from mission countries would be officially sanctioned by PIME in 1989.

“In Guinea Bissau, I did not find a sleeping Church, but a living Church that encouraged me,” he said a few years ago in an interview with Fr. Piero Gheddo. “I felt comfortable first here in Bafatà with Father Clari, then in Suzana with Father Fumagalli. Then they made me Regional Superior (from 1993 to 1997), I returned to Brazil for three years to the PIME seminary in Brusque, and they finally made me bishop and I returned here to Bafatà as bishop.”

His appointment, wanted by John Paul II in 2001, had been a historical fact for the Church of Guinea Bissau. Father Pedro became the first bishop of Bafatà, the new diocese created next to that of Bissau; an important sign of growth for the Catholic community of this small African country, to which the recent history of PIME is so closely linked. A diocese as large as that of Lombardy, Italy, with a population that has grown a lot in these 20 years (today there are almost 800,000 inhabitants) and where Catholics are around 5% of the population in a context where the presence of the traditional African religion remains strong, in addition to that of Islam. Though it was also an important sign for Latin America, Dom Pedro became the first missionary bishop of Brazil. 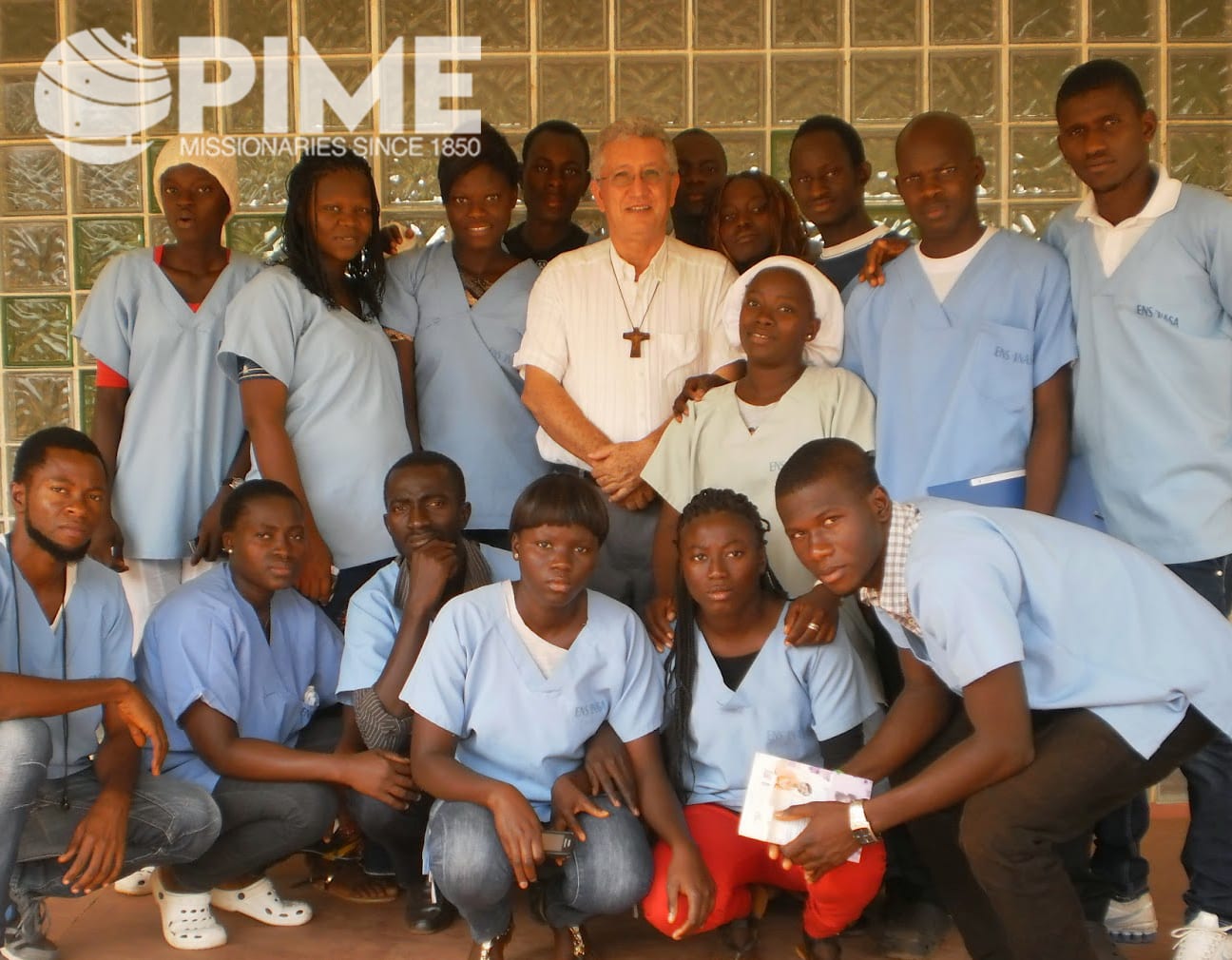 Bishop in a land of first Christian proclamation, therefore, “Here you go to many villages where there is absolutely no Christian sign, no imprint,” said Dom Pedro. “Many have never had any chance to approach a church.” Yet the mission nevertheless enters deeply into people’s lives. “That man with whom we took a photo is a young Christian, an intelligent man who is beginning to understand the value of faith and Christian life,” he told Fr. Gheddo. “A few days ago, I was sitting outside and he sat next to me and he said to me, ‘Bishop, I would like to be better and I can’t, I would like to be right and I can’t.’ So there are Christians who understand what Christianity is and try to live the Gospel.”

On the occasion of the Jubilee of Mercy, Msgr. Zilli had told Father Giorgio Licini, in an article published on Mondo e Missione, about the first occasion a Jubilee of this kind took place in this periphery of the world. “There had never been a holy door in Bafatá. As in other parts of the world, this Jubilee has shown the closeness of the Church to the people. He dug into people’s souls. It helped them to reflect, to verify their past and present. To be reconciled and strengthened in their determination to do good.”

“To young Brazilians, when I return on vacation,” Msgr. Zilli to Father Gheddo, “I say that it certainly takes a bit of courage to be a missionary and above all faith in God and in Providence. But if you don’t have courage when you are young, when will you ever have it? It takes a tough faith to get you going. The young man has his life to spend. He spends it well if he doesn’t hold the brake on. If you leave without restraint, faith guides you well and if God calls you, say yes.”

A year ago, on the occasion of the outbreak of the pandemic Msgr. Zilli, together with the bishop of Bissau Msgr. José Camnate, had wanted to send a message on behalf of the Catholics of Guinea Bissau to Italians. “Italy is a country that we love very much, both for its people and also for its profound communion which has been established for some time with the Church. The time has now come to reciprocate the support that you have shown us many times and to say courage! The test you are going through with the Coronavirus is quite tough, but you will make it.”

The sudden death of Bishop Zilli leaves an even greater void if we consider that the only other diocese of Guinea Bissau – that of the capital – is also without a bishop in its full functions. Last July, Msgr. Camnate, the first bishop from Guinea Bissau, was forced to resign for health reasons. The Diocese of Bissau is therefore currently led by the auxiliary bishop, Msgr. José Lampre Cà – 57 years old, also a Guinean – as Apostolic Administrator.

Finally, it should be noted that with the death of Dom Pedro Zilli, there have now been 12 – like The Apostles – PIME Missionaries carried away by the Pandemic. Alongside the elderly fathers who died in Italy, three died in their mission apostolate in Brazil and Guinea Bissau. Sharing with the poor the experience of having to face illness in the peripheries of the world.

Previous StoryPatience and Hope Even in the Face of COVID-19
Next StoryFrom the World, For the World