Brazilian PIME Priest, Fr. Pedro Tomaselli, PIME, carries out his daily mission just north of the modern sprawl of Tokyo. On weekdays, this means that only two people attend Holy Mass, with a maximum of 100 people showing up on Sundays. Despite the low number of parishioners, the great spirit of the people gives Father Pedro hope; his perseverance is reaffirmed by the strength of the friendships that he has created here.

Fr. Pedro Tomaselli, 42, is a PIME Priest hailing from Santa Caterina in the South of Brazil. Fr. Pedro has lived in Japan since 2008, serving as pastor in two cities, about a 40 minute drive from each other: Ashikaga and Sano, in Tochigi Prefecture, just north of Tokyo. About 25 Japanese participate in Sunday Holy Mass; other worshippers come from the Philippines, Vietnam, Bolivia, Peru, a couple from China, and a few students from Africa. In total, they number barely 100 people on a good day, and the weekdays are noticeably scarcer: only two people attend the service. “We must leave the outcome in God’s hands, because if one were to rely on what he can accomplish on his own, one would quit Japan immediately.” states Fr. Pedro.
Fr. Pedro had been impressed by the unique firsthand experience of Faith in Japan while he was still just a young seminarian as the missionaries who had seen it firsthand recounted it to him. Fr. Pedro was first exposed to the mission in Asia during his time studying philosophy in the Philippines. Throughout his four years there, Japan had never left the forefront of his mind. American-born PIME Missionary, Fr. Mark Tardiff,piqued his interest when he came to meet the seminarians individually. An experienced Japanese-missionary himself, Fr. Mark was then serving as PIME General Advisor and came to assess the seminarians’ three countries that they would choose as their adopted mission land. Without hesitation Fr. Pedro told him: “Thailand, Japan, and Mexico.” God had different plans however, and Fr. Pedro spent three years back in his native Brazil serving in missionary outreach. His missionary story was once again revitalized by a phone call from Rome; and at age 33 he finally set out for Japan.
Fr. Pedro set foot on Japanese soil without knowing a single word of the language. Being one of the hardest languages to learn in the world, Fr. Pedro had quite the challenge in front of him. After four years in various immersive learning experiences, including a full year living with a parish priest in the Gunma Prefecture, Fr. Pedro was given his own assignment. He modestly admits that, “After nine years, I still have trouble communicating.”
Father lives alone in the rectory of a multinational parish in Ashikaga, north of the sprawling Tokyo megalopolis, he also oversees a parish in Sano. Although only 25 Japanese attend the weekend Holy Masses, he has 187 names committed to the parish. An inherent ability of a PIME Missionary is being a man of many languages; Fr. Pedro is no different. He always says the Holy Mass in Japanese at least once over the course of a weekend, but he also says it in Vietnamese, Tagalong, and sometimes even in English.
The mission in Japan is one that tests one’s resolve, not with the usual affliction of a mission country: not with violence, or hunger, or thirst, but rather with a test in the realm of spiritual resolve. Despite the discouraging number of Japanese attendees, Father remains undeterred, finding solace in the diversity of his parish: “Foreigners help and enrich the Japanese Church. Without them, most communities would not survive. They are fundamental to evangelization.”
A universal truth of which he is reminded at each of his Holy Masses is that Fr. Pedro must focus on the inner qualities of his parishioners rather than be discouraged by their meager number. Due to cultural differences in the meaning of friendship, Father waited some time before he received an invitation to sit down to dinner with a family from one of his parishes. Excited at the prospect of sitting down to a meal in the home of some of his parishioners when he finally received it, he was surprised when, “instead they came to pick me up to go to a restaurant.”
Fr. Pedro’s mission has not been without its share of outward difficulties as well. When he told his parishioners that thieves had broken into the church and the rectory three times already, they warned him that in Japan if a person violates private property then they are capable of any violence. He admits to fearing for his life day and night: “I was so scared that I could not sleep any more. A bit selfishly I prayed, ‘Lord, I do not want to die martyred in such a petty way.’” A true friend saw the toll that these violations of privacy had taken on the young missionary and showed up at the rectory one night, vowing to keep him company for the night so that he could get some rest. Fr. Pedro begged his friend to go home, that he had his own family to take care of, “But he insisted and for some nights he came to keep me company. He is 70 years old and converted to Christianity about twenty years ago. He has four children, one of whom is a priest.” 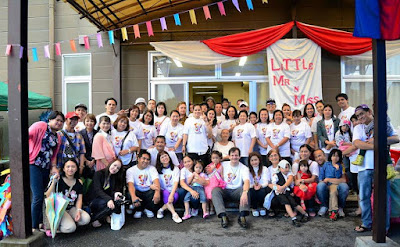 Not all of Fr. Pedro’s friends happen to be Christians either, like many of the Japanese of modern times; many of them are religiously conflicted; bogged down by old commitments and traditions. He tells the story of another family, this one hailing from Nagasaki, the husband already a Catholic with his wife claiming to be a bit Shintoiost and a bit Buddhist. She told Fr. Pedro that she liked being free, “I would tell her ‘Come on, then your heart must be Christian.’  She laughed. Having strong feelings for the poor, she expressed some admiration for St. Mother Teresa of Calcutta, but nothing would bend her. He did not insist. After three years (about a year ago), she came to the rectory and said, ‘Let’s start studying.’ Eventually, she asked to be baptized.”
Syncretism, or the mixing of religions into an amalgamation of one’s choosing, is a commonplace practice in Japan. Fr. Pedro explains: “Being Japanese is almost like a religion. I asked a youth, ‘What is your religion?’ And he answered: ‘My grandparents were a bit Shintoist and a bit Buddhist; my parents a bit Buddhist and a bit indifferent, I am Japanese.’” Fr. Pedro holds out hope that the great joy of the Gospel will break through these notions. Despite these culturally- imbedded and widespread difficulties he ends his story about this young man pointing out signs of hope even amid evident inconsistencies. “Even amid such syncretism,’ Father concludes, “he confided in me that he liked Catholic weddings.” Could the appealing form of a Catholic wedding be the door to embracing the Catholic faith?
Previous StoryThe Invisible Made Visible
Next StoryOnline Evangelization