The story of Father Bosco, a PIME missionary who celebrated Mass on New Year’s Day in the penitentiary where 60 people were killed in a clash between gangs. The Archdiocese of Manaus states: “The root of the problem lies in the privatization of prisons.”

Fr. Bosco had witnessed the tensions between rival drug gangs in the prison facilities of Manaus before the riots. Now he also witnessed the pain of their families, and the serious responsibilities of public authorities amidst the explosive situation in a Manaus prison that ended with multiple prison riots at the beginning of the New Year. 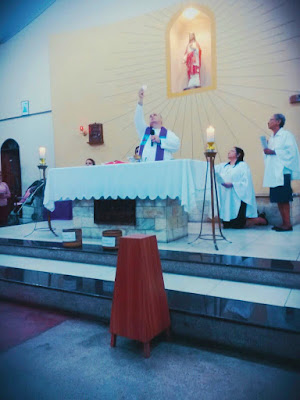 Fr. Bosco Suresh Kumar, a PIME Missionary of Indian origin, finds his vocation in service to the prisons of Manaus and those who are held here. It is here that he found himself in the midst of the first in a series of terrible, gruesome displays of violence. This case leaving behind at least sixty victims, some beheaded, others left in piles, still others draped over the walls of the prison; all the result of a clash between two gangs that exist within the prison system. Thirty-some victims followed as a result of a retaliatory act just a few days later in the far north of Brazil in response to the Manaus riot. Violence and decapitation are all too common among the ruling drug gangs within Brazil’s dangerously overcrowded prison system, these massacres becoming a commonplace result. 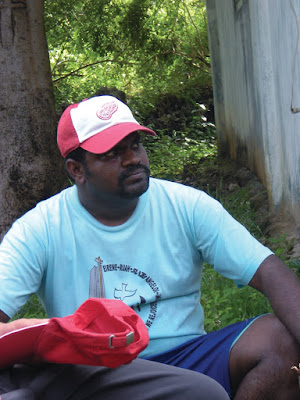 “I went there to celebrate Mass New Year’s Day,” says Fr. Bosco, “In the course of the Eucharistic celebration I noticed that there was less silence than in previous times and that made me suspicious. I asked the detainees why there was a different atmosphere, and one told me that something was going to happen. And in the afternoon the revolt broke out.”

Unfortunately, this is not the first time that Father has found himself in such a predicament: in the past Fr. Bosco was directly involved in mediations in one of these clashes, even then despite peace talks there was a decapitation, but this time the proportions of the violence were unprecedented.

“It was a clash between two groups for control of drug sales,” assures the PIME missionary from Manaus “Officially the report is of 60 dead; but I fear the final tally of victims might be higher. About 200 inmates were involved. I met with many families who had come to ask for news of their loved ones who had died. I spoke with the archbishop and along with those involved in prison ministry, we issued an official statement.”

What was issued is a text that is very clear in denouncing public responsibilities with respect to what happened. “It is the duty of the State to guarantee the physical integrity of each inmate by offering the conditions to serve out their sentences,” says the statement signed by Sergio Eduardo Castriani, Archbishop of Manaus. “We have been visiting prisons for forty years and that’s why we can authoritatively state that our prison system fails to re-educate citizens serving time,” the document continues; “It becomes instead a school of crime, rather than a place that offers job opportunities to inmates. The root of the prison problem in the Amazonas State and throughout Brazil is the failure of public policies. The privatization of the system makes the system more fragile since any individual arrested and imprisoned is seen as an economic variable. “

“As a Church, we repudiate a mindset that trivializes life,” concludes the prison ministry of the Archdiocese of Manaus, “You cannot respond to violence with more violence, but only with non-violence that promotes a culture of peace.

Previous StoryWe Do What We Do, Not Because You Are Catholic, But Because We Are Catholic
Next StorySt. Teresa of Calcutta and My Missionary Vocation